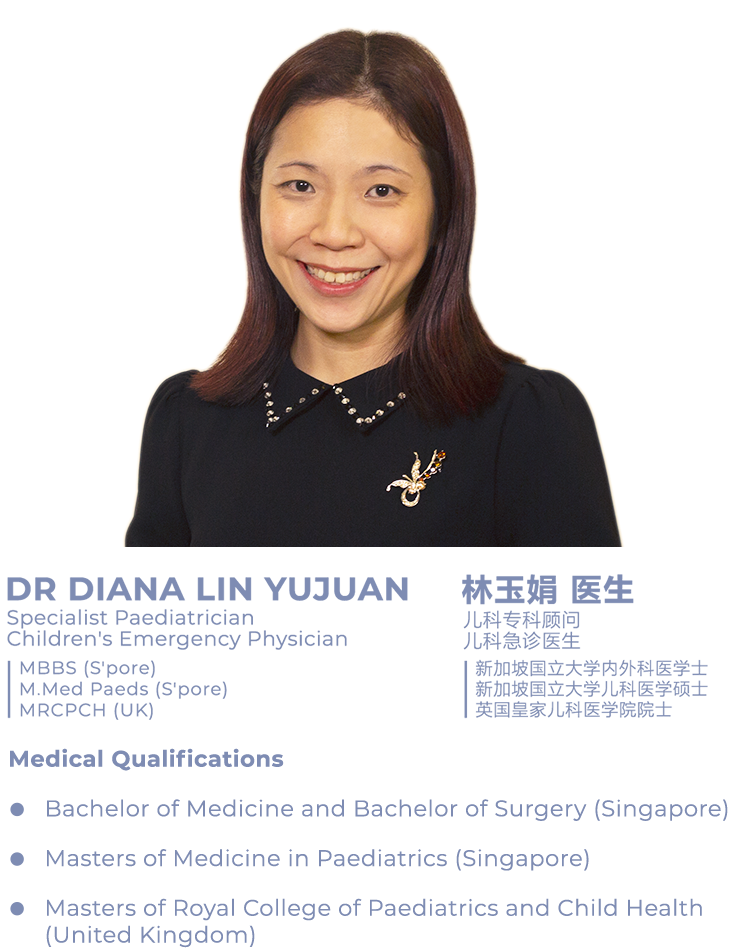 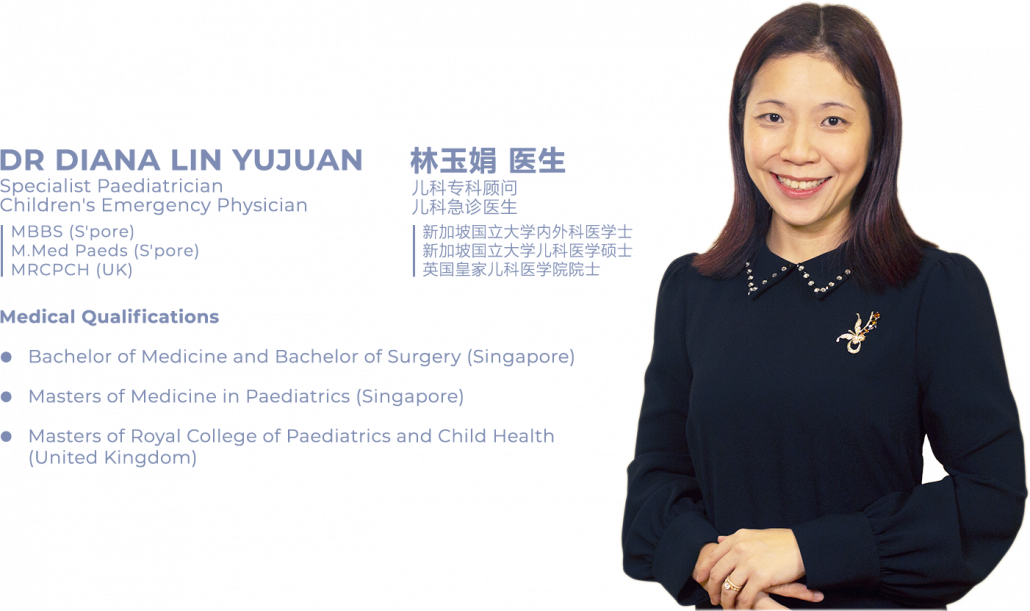 Since graduating from the National University of Singapore (NUS) in 2005, Dr Diana Lin has worked closely with children. In 2009, she obtained her Master of Medicine in Paediatrics from NUS, her Membership with the Royal College of Paediatrics and Child Health (United Kingdom), and attained the accolade of Nestle Silver Medal and Book Prize for the Master of Medicine Examinations.

She then completed her Paediatric traineeship with the Department of Paediatrics in National University Hospital in 2012. As a fully-registered Paediatric Specialist with Singapore Medical Council since 2012, she has accumulated almost a decade of experience working in the Children’s Emergency. During this time, she has honed her skills in paediatric care having managed the initial analysis, stabilisation and care for ill or injured infants and children.

Similarly, as our Specialist Paediatrician at Urgent Care Clinic International, Dr Lin specialises in the initial evaluation of children presenting with a wide range of undifferentiated conditions. Additionally, she treats young children with routine needs such as vaccinations and developmental assessment, while tending to more urgent issues like stitching and gluing wounds or managing injuries such as falls.

Her passion for sharing her knowledge with the younger generation of doctors led her to be a member of the National University Health System (NUHS) Residency Core Faculty in Paediatrics from 2012 – 2020.

In 2018, she was appointed Physician faculty/course instructor for the Pediatric Fundamental Critical Care Support (PFCCS) course affiliated with the Society of Critical Care Medicine, USA. She has also been Physician faculty for the Advanced Paediatric Life Support Course, Kandang Kerbau Women’s and Children’s Hospital (KKWCH) since 2020.

As the sole Paediatrician of the Singapore Red Cross team 3 to the Philippines during Typhoon Haiyan in 2013, her involvement in the medical mission was a life-changing experience.

On a more personal note, raising boisterous toddler twin boys is a daily learning journey. And she finds comfort in a good cup of coffee or a vigorous Barre class. 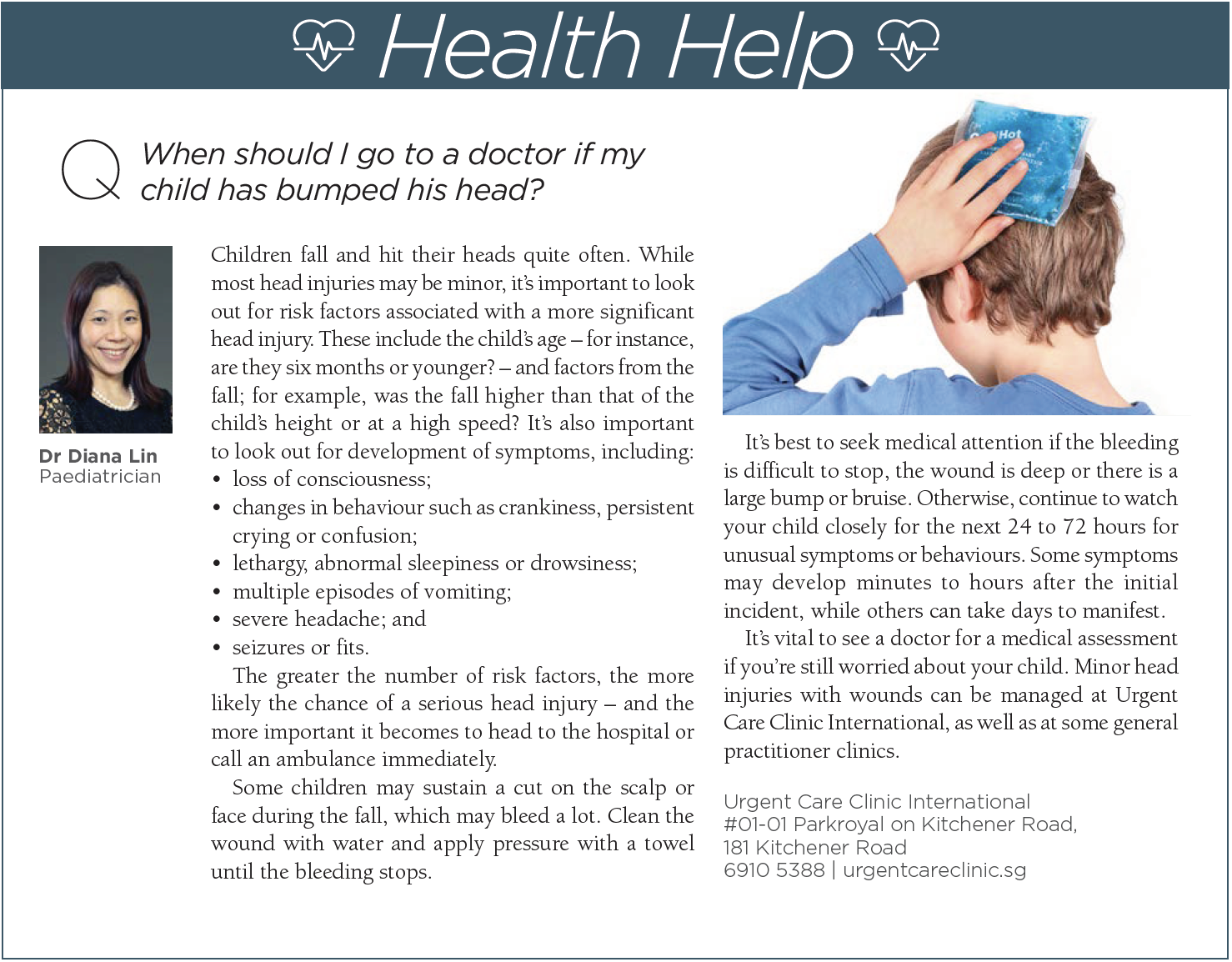 February 2021 Issue
When should I go to a doctor if my child has bumped his head?

Working to help improve Exercise-Related Cardiac Arrest in Singapore as a Member of the Sports Safety Committee to advocate for Sports Safety. 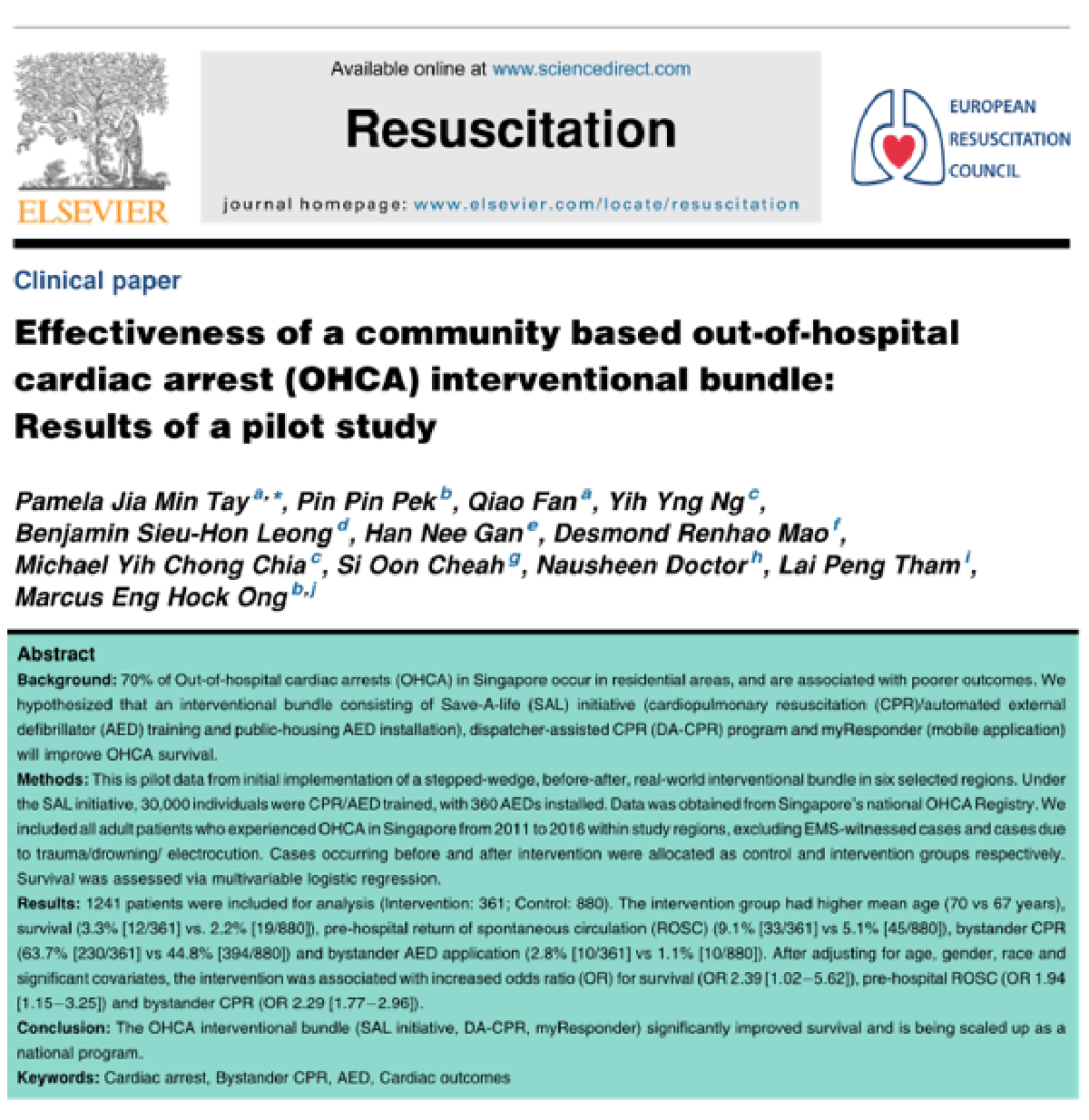 Effectiveness of a Community Based Out-of-Hospital Cardiac Arrest (OHCA) Interventional Bundle: Results of a Pilot Study 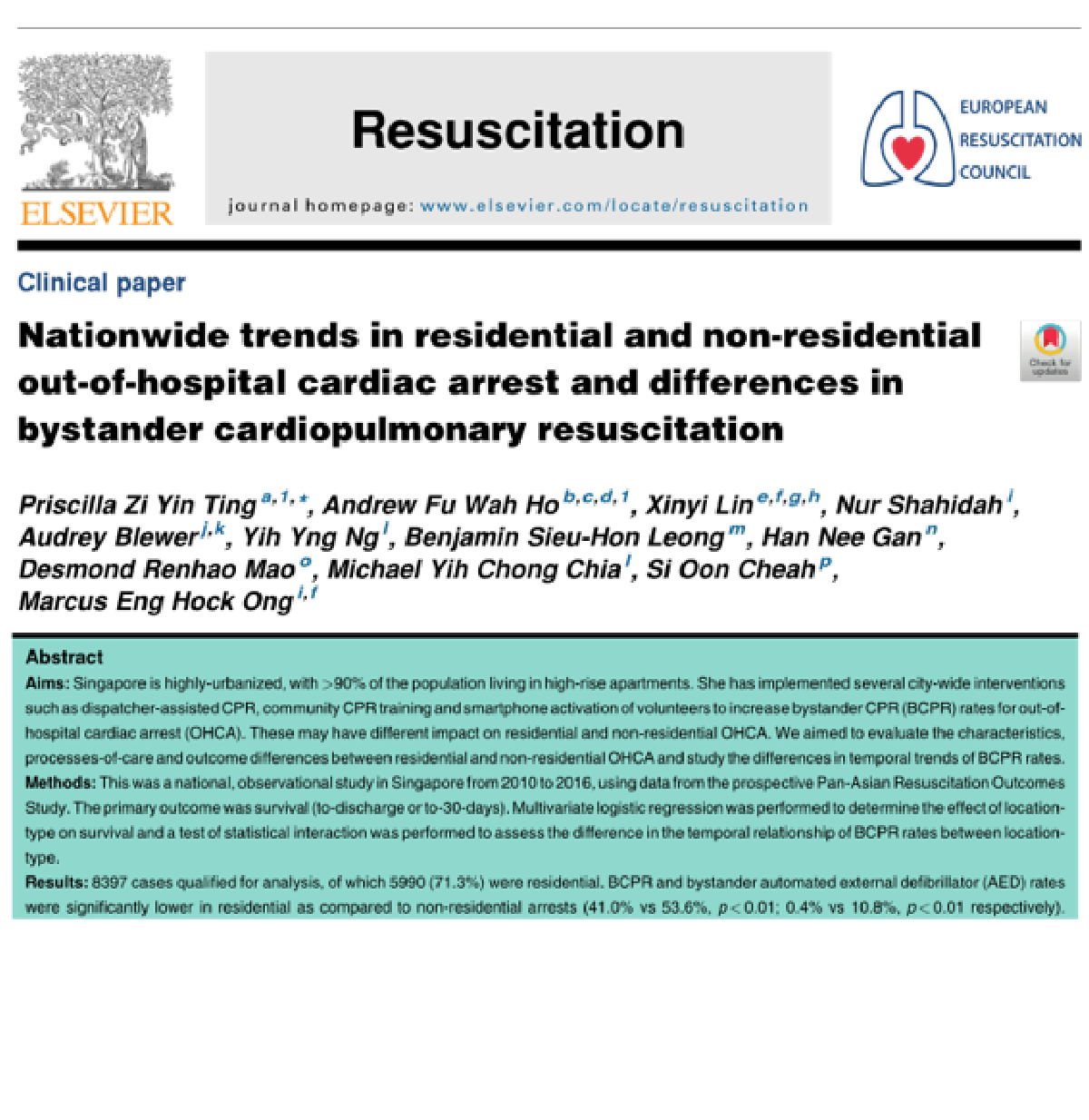 Walk-in during opening hours or call for an appointment